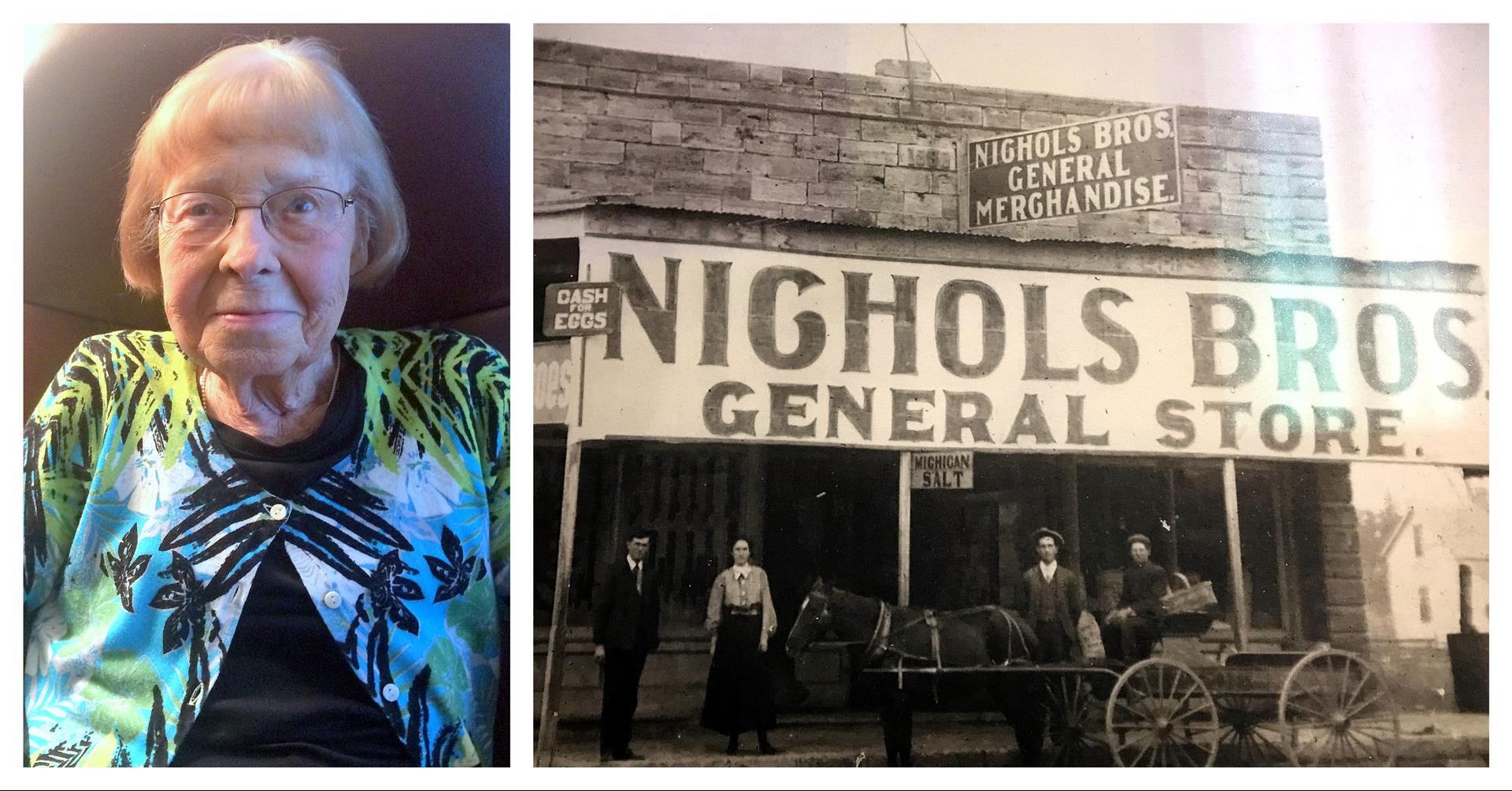 The Nichols Brothers general store started in 1904 by the four Nichols brothers and two sisters. It was located in Southwest City, Mo., which is in the corner of three states: Missouri, Arkansas and Oklahoma.

On Saturdays, the streets of Southwest City were so full you could hardly get around because Saturday was trade day. Folks from all three states would come to buy and sell their goods.

Bert said that when the store first opened, it carried just the necessities like dishes, groceries, hardware and machinery. In the 1930s, the store added toys, clothes and a gas pump.

The Nichols Brothers store had a program for the teachers of the country schools. Those teachers could bring students to the store to get new clothes, food or school supplies, just anything that student might need, but the Nichols Brothers store would give that student a 10 percent discount. The idea was to give the parents a chance to purchase the things they needed for that student. Bert said this was a time when a family would come to town in a wagon, and they would get supplies for a couple of weeks.

Bert also remembers the day Sam Walton, the founder of Walmart, came into the Nichols Brothers store and toured the building. Sam was a friend of Eugene Nichols. The two of them went to college together and Eugene wanted Sam to see the store and all the neat things they had in store from the “Ready to Wear” in the men’s department, the ladies department, the lumber yard, etc.

While Bert had known the Nichols family for all of her life, she never dreamed she would marry one.

"I was working in the store when Bob came home for the Air Force as a pilot and saw me. Bob and I became friends then and eventually we started dating. Bob started working in the store, and he became my boss. He worked in the men’s wear and shoe department, and I worked in the ladies department. We started dating in 1946. We dated for a year before we got married. Being in business, we did not have time for a big wedding, so we had a small church wedding on a Sunday morning," said Bert.

"Bob and I continued working together in the Nichols store. We were able to share our ideas with each other. Even though he was my boss, he was also my husband, so together we were able to grow the Nichols business. I worked alongside Bob for the next three years until our children were born: Randy and Neil. Our two boys worked along with us in our family business. Bob and I tried to instill in them that hard works pays off. I am proud of both of my sons."

In 1976 there was an electrical fire in the clothing and men’s wear department, which was in the basement. It was at that time Bob decided to sell the Nichols Brothers business to the younger Nichols generation.

Posted on
May 16, 2019
by
Cindy Kelly
filled under
Residents
Nostalgia
« Back to Blog