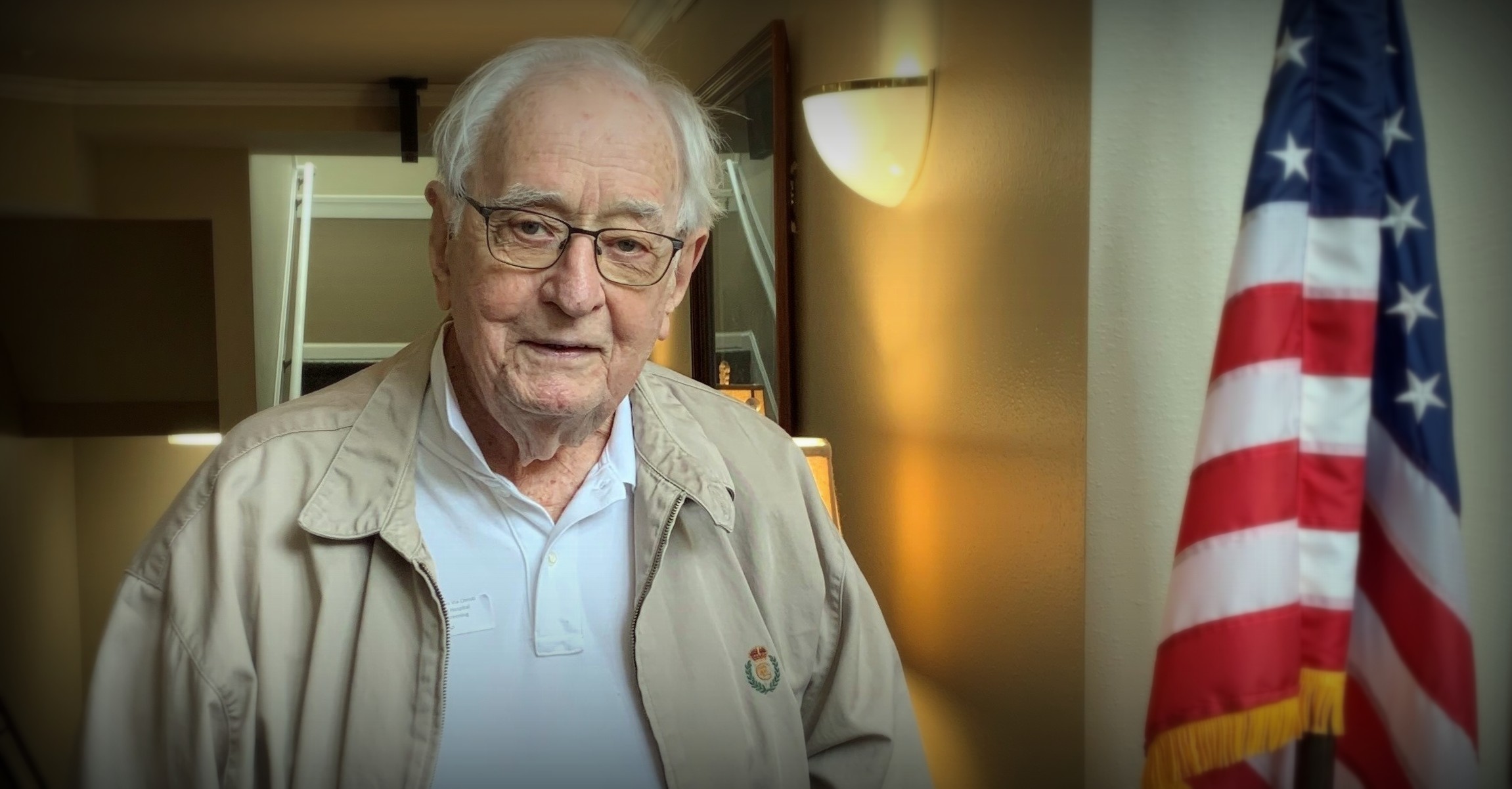 It’s always a good time to thank our veterans. But with May holding the Memorial Day holiday, it’s a perfect time to reflect and honor those who have served our country.

Resident Stan Grubin served in the U.S. Army during the Korean War from 1950-1952

When he first arrived in Korea, he learned that the unit’s captain had been captured. Stan served with the 24th Infantry Division, and his job was to work with the prisoners of war who had been captured during the conflict.

One of the things that most struck Stan about Korea was the widespread, severe poverty.

“I was impressed and hurt by the quality of life people had,” Stan said. “On the island, you’d find babies at night who had their ears bitten by rats. They’d have to hang the baby up in a basket so the rats couldn’t get them. That was commonly employed. It was part of being in a poor country.”

The contrast between living conditions in Korea and the United States came into full view during an emergency leave visit back to the U.S. when Stan’s father passed away.

“That was quite a dramatic change,” he said. “Here I am in Korea where there’s no organized living as we know it here. I got to America, and I was amazed at how different it was. The contrast became very stark — especially when I was whipped out of the country and taken home.”

He also remembered that they had to protect the base garbage trucks with machine guns, because local residents would try to jump onboard and grab the trash.

“Our garbage was fairly rich, you could say.”

After his service in Korea, Stan’s work as a business manager with AT&T took him and his family around the country, including New Jersey, Colorado, Arizona, and Chicago.

“That was the nature of my career,” Stan said. “They were developing me. They’d asked me to manage different situations in different parts of the country. If you did fine, you’d move up. I had a good career. I owned about 12 homes in my career. My children enjoyed it. Or I hope they did.”

Stan and his wife had five children, and his daughter Lucy lives in Fort Scott. After his wife passed away, Stan found himself living alone — though among friends — in the Gulf Coast region. When his doctor discovered a lung tumor, Stan asked if he should be closer to family, and his doctor said, “Absolutely, you should.”

Here at Fort Scott Presbyterian Village, Stan has found a place that feels like home, where everyone is friendly and goes out of their way to make life comfortable — all near his daughter’s home.

“I try to exercise every day,” Stan said. “After this surgery they did on me, I got overboard a little bit on exercise, and there was a sore spot on my back. I couldn’t lean down to tie my shoes. Here I am all dressed, but my shoes aren’t tied. So I asked one of the ladies if she’d help me. She dropped everything and tied my shoes for me. Where can you get your shoes tied by a pretty, sweet person?”

To find out more about life at Fort Scott Presbyterian Village, contact Megan Brillhart, marketing director, at 620-223-5550 or mbrillhart@pmma.org.

Posted on
April 25, 2021
by
filled under
Residents
Veterans
« Back to Blog