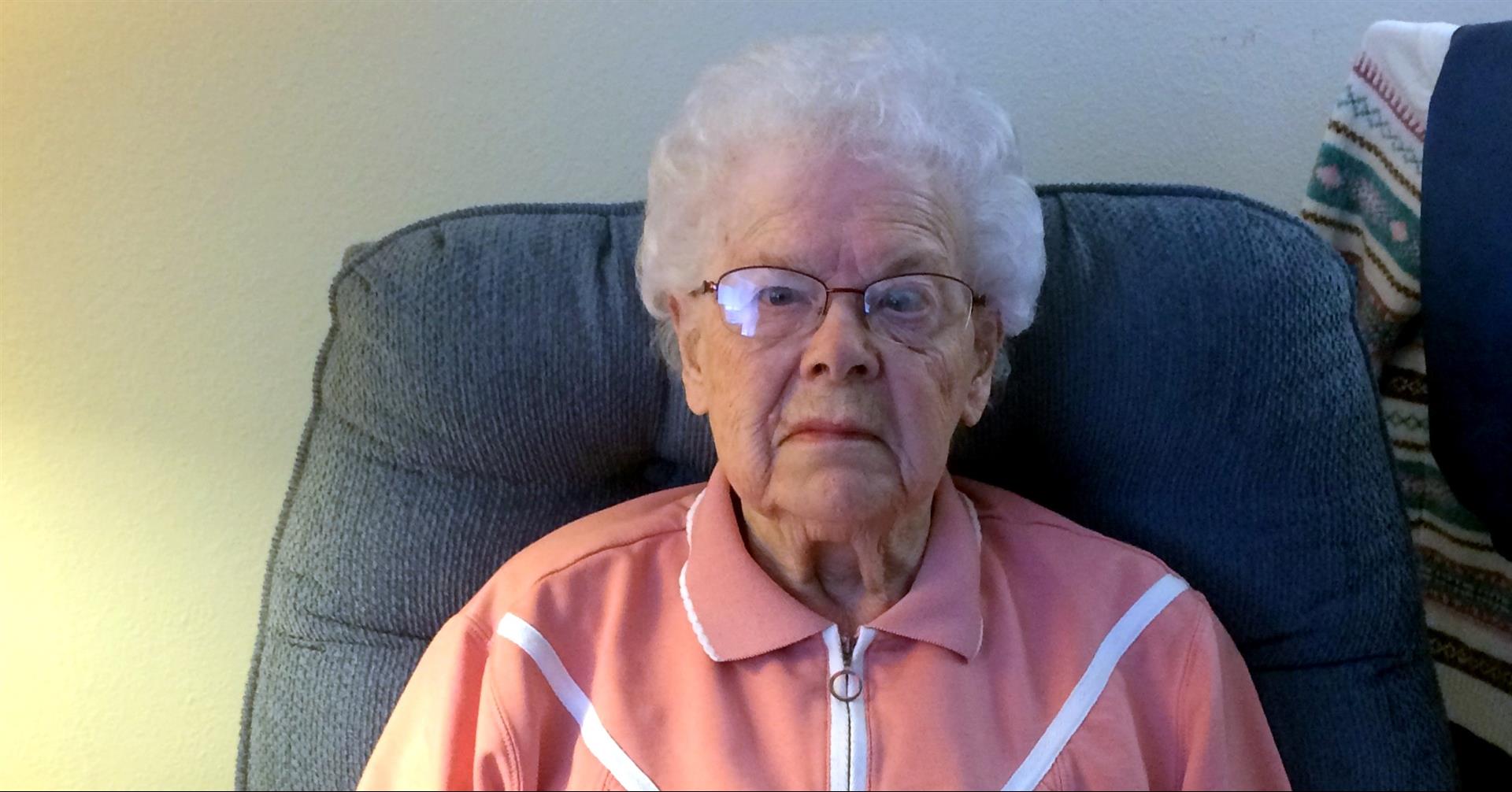 here was a terrible snowstorm on the day Nolene Whiteside was born at her family’s home near Larned, Kan.

“I was born [in February 1927],” Nolene said. “The doctor was there, and he had to stay for two days before he could get home.”

The time between that birthday snowstorm and her recent move to Fort Scott Presbyterian Manor has been filled with a great deal of travel, projects, work and caring for her growing family — which includes three children, four grandchildren, and 10 great-grandchildren.

“I went to Larned High School, then I got a scholarship to KU,” Nolene said. “I went there for two years before I ran out of money. I met my husband there; he was going to KU at the time.”

Nolene and Edward ("Ed") married in 1947 in Larned, then moved to Fort Scott to help run Ed’s family’s grocery stores. They remained in Fort Scott, working in the family business until the company sold in 1993.

“His grandfather originally started a store in Uniontown in 1896, about 30 miles from Fort Scott,” Nolene said. “In 1923, they had another store in Redfield, and then opened another in Fort Scott. It was a family business. He had two brothers and two sisters who worked in the store.”

Nolene stayed home for the better part of 20 years to care for the children: two girls and a boy.

“When my two girls were in college at KU, I decided it was time to go to work,” Nolene said. “My sister worked in the office at the time. She was 20 years older and she decided to retire, so I took her job.”

The family’s status as long-standing local grocers put them in touch with just about everyone in town — and gave them opportunities to remain active in the community.

“I belonged to a lot of clubs in those 20 years I stayed home,” Nolene said. “The Kansas Federation of Women’s Clubs, Pierian Club, Daughters of the American Revolution, Kansas Association for Family and Community Education, Beta Sigma Phi, Progressive Mother’s Club, and I worked in the United Methodist Church. I was also a Cub Scout leader and a Camp Fire leader.

In her spare time, she used to crochet, quilt, and cross-stitch. She made quilts and afghans for her children and grandchildren and potholders for just about everyone in the family.

While she remained plenty busy throughout those years, she and Ed still found time to travel quite a bit using some of the windfall from winning contests held by grocery supply companies.

“We went to Europe with a group from the bank here,” she said. “We went to Hawaii twice — once for our 25th anniversary, then we won a trip from the grocery store supplier. We went to Brazil, South America, Puerto Rico, Prince Edward Island, Vancouver, and Niagara Falls. I enjoyed all of them.”

Much of their travel came after the couple retired and sold the stores in 1993. Ed passed away in 2008, and Nolene moved to Presbyterian Village in August 2019.

“It’s different than living in my own home,” she said. “But I like it here. I meet a lot of people, and some of my friends are here. I’ve probably met everyone who lives here now because of the activities they have. It’s a nice place, and they take good care of you.”

Be sure to say hello to Nolene and welcome her to the Presbyterian Village family!

Posted on
February 24, 2020
by
Cindy Kelly
filled under
Residents
« Back to Blog