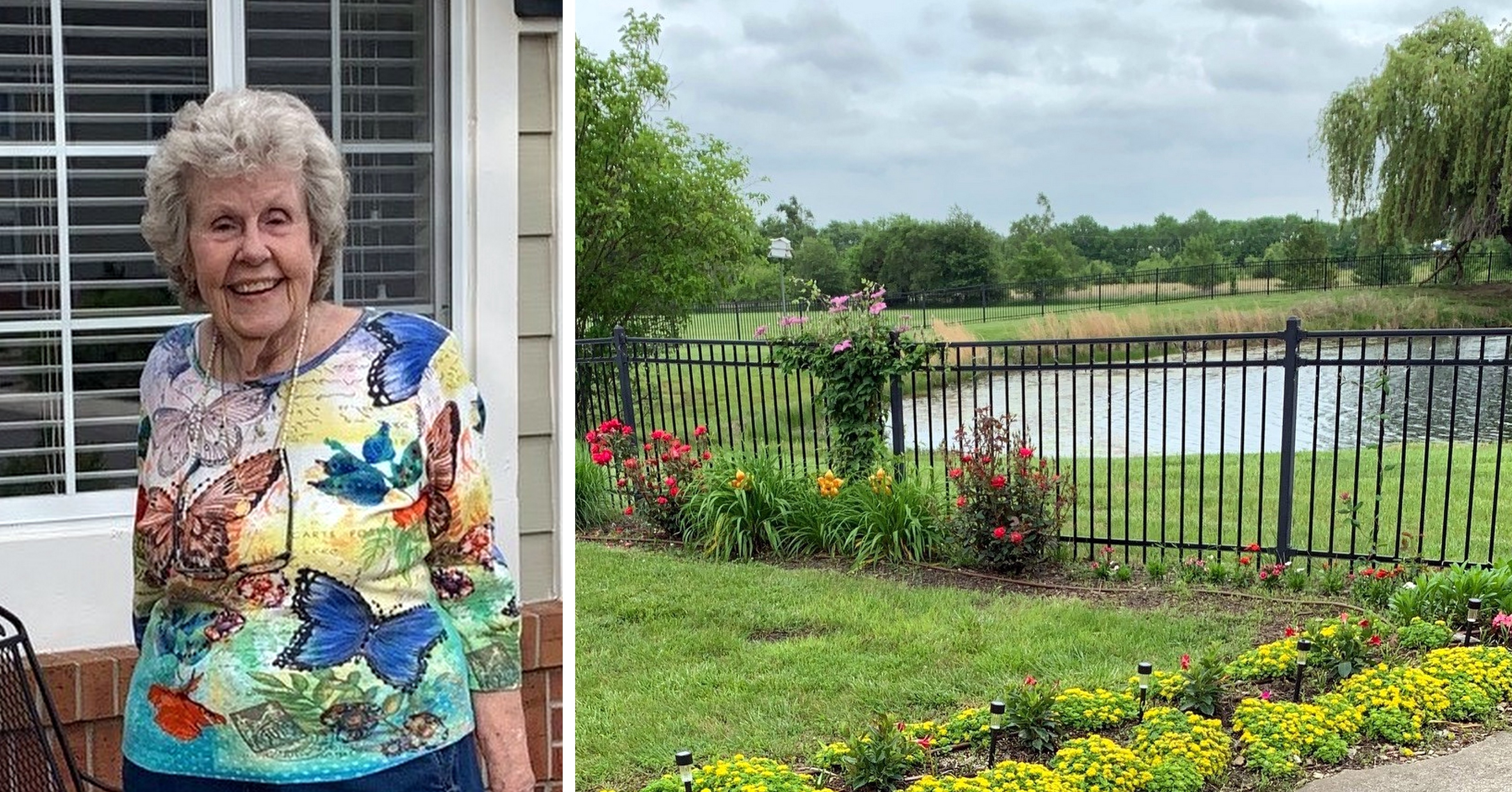 June, the midway point in the year already. Based on the cold, wet spring we have experienced, we each may hope for a sunnier July.

Many flowers are being planted by residents in flower beds or large flower pots like the ones on each side of the front door. A little bird told me Barbara Stuart has had a lot to do with the plantings. Megan has been involved with [Presbyterian] Village patios and visiting areas and has also taken residents to Tri Valley and other places to help them fill their baskets. And have you ever seen the spring-blooming trees more beautiful or the blossoms last so long?

As a bird lover, I have been rewarded with two pairs of redbirds around my patio, plus robins, purple finches and other birds. I thought I could keep the redbirds around by putting up a feeder of sunflower seeds, but quickly learned the blackbirds, starlings and sparrows will empty a feeder out in two days or less. Hence, the feeder will remain empty until winter forces all birds to seek sustenance from the feeders.

And birds are not the only wildlife around. A couple of weeks ago, I was waiting for a friend to pick me up to go to dinner and was startled when a rabbit went hopping by, heading for some corner bushes. The next morning, I took a broom out to shake the bushes to make certain it had not established residency and was hiding a nest of babies. I really did not want the “rascally rabbit” dining on my flowers, Minnie Lou’s or Georgia’s. However, it must have decided [Presbyterian] Village is too noisy and sought a better site in the open grass areas around the outside. Fred says visitors from the animal kingdom are not unusual. There have been deer, raccoons, squirrels and other animals coming to visit.

Time really flies, doesn’t it?  I’ve only been at [Presbyterian] Village a short amount of time, but in the words of a television spokesperson, “I like it!”