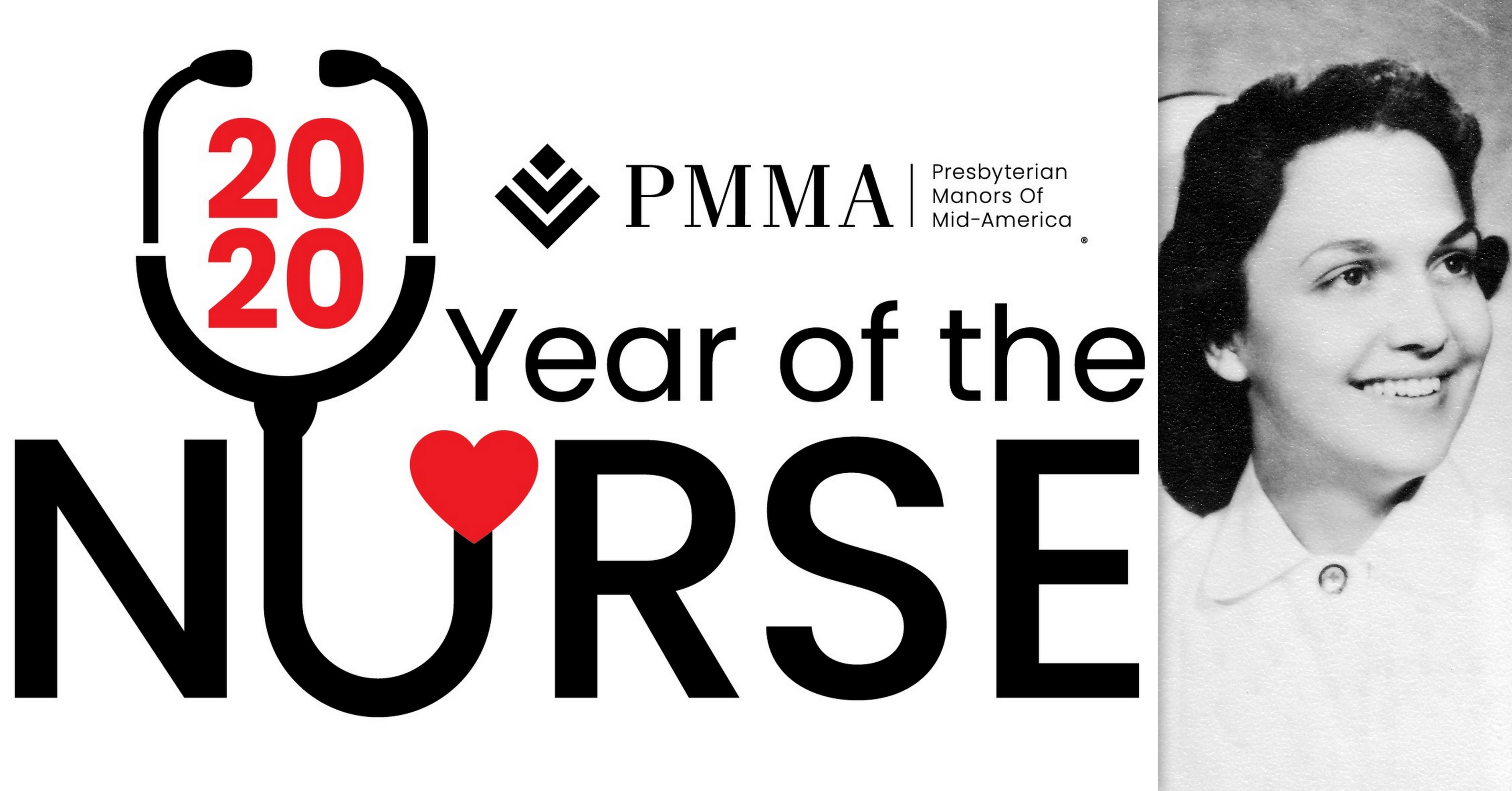 Ruth Streitmatter shares her love for nursing and helping others

She was only 7 years old when her father passed away, leaving her mother with nine children, all born within 11 years.  Ruth was the fourth oldest child, and from a young age she felt a loving responsibility to help her mother with the hard work of raising children, working on the farm milking cows, feeding chickens and all the hardships of farming in the early years without a father. That feeling of responsibility to care for others never departed. Ruth’s house was filled with God’s word and his love, and she carried that with her as she grew.

Ruth said she always knew she wanted to be a nurse in order to care for others. While in high school, she took a job as a nurse’s aide at the Fairbury hospital in Illinois to earn money while still helping others. In those years, “they let aides do quite a lot,” said Ruth. She got a great deal of experience and knew nursing would be a perfect fit for her.

Additionally, Ruth had an aunt in her family who was a nurse, and she had good teachers who were great influencers in her life. They encouraged and invested in her to pursue getting her nursing degree.  After graduating from high school, she attended the Brokaw Hospital School of Nursing in Bloomington, Ill., where she earned her nursing degree and certification.

In those days, according to Ruth, each nurse received a highly starched nursing cap, which indicated the nursing school where they earned their degree and credentials.

Ruth found her interest was serving in medical/surgery and obstetrics units, and she thrived in those settings. After becoming a nurse, she married and continued working for several years before having children. Ruth saw many changes over time in nursing, but what never changed was her love of people and her desire to help others.

Many of Ruth’s wonderful teachers encouraged her to go into the nursing field, and this motivated her to be an example to others. When asked what advice she would give to young people thinking about a career today, her answer is, “I just feel like you have to really love what you do. Nursing can be really hard work, but if you love it, it doesn’t feel hard. I would also suggest to try being a nurse’s aide first. Once you get a little taste of it, you will know pretty quickly if you love it or not.”

Ruth and her husband Jeff have been residents of Fort Scott Presbyterian Village since June 2019. Since that time, she has had the ability to influence other young women making career choices, specifically about going into nursing.

This is a great love story that shows how one person can make a huge impact on the lives of others. Ruth’s mother, aunt, teachers and others were impactful in Ruth’s journey to become a nurse, and now Ruth passes that on to everyone she touches. They will remember the influence she had on them and they, too, will influence others in positive ways. This is a great example to others that life’s purpose doesn’t end at retirement. We all continue to serve and influence others at all ages.

Fort Scott Presbyterian Village has many benefits to offer our residents and employees. One of the benefits is an employee educational assistance program that encourages learning, growing and serving others. We hope that through the encouragement of others, like Ruth and many other residents, and through the opportunity for employees to further their education, more stories similar to this one will continue for years to come.

Posted on
October 20, 2020
by
filled under
Residents
« Back to Blog