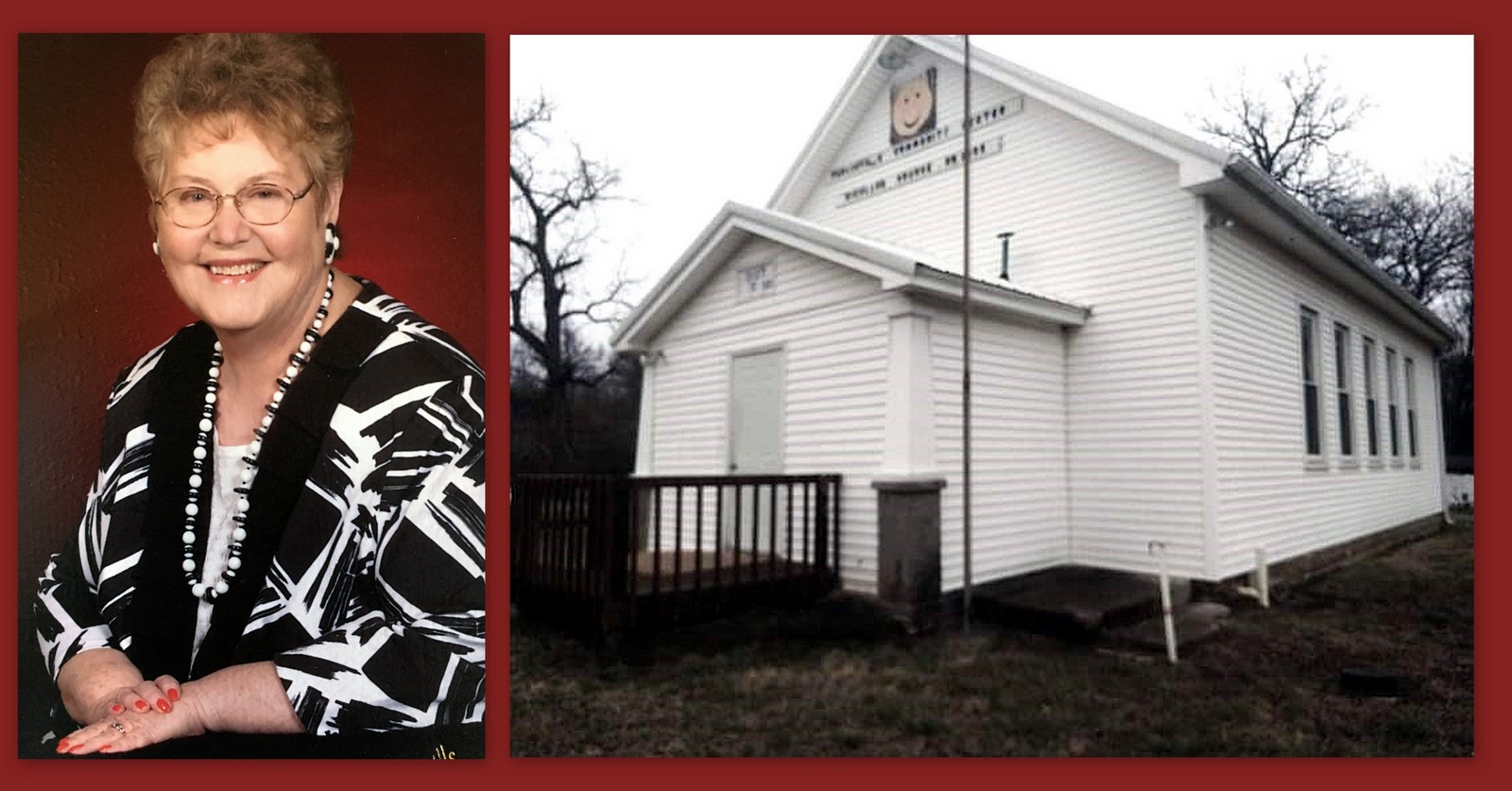 As a student, Minnie Lou Allen so enjoyed learning that more often than not she had already done the work before the first school bell rang.

“Just before school would start, we’d shop for new material. Mother would make new outfits, we’d get new shoes and be all ready for school,” Minnie Lou said. “We’d get all the books ahead of time, and I’d read them all before school started. I could hardly wait to get them and start reading.”

Her one-room schoolhouse in Farlinville, Kan., was a place filled with everything a young mind needed to grow and develop, including older students who helped the teacher work with younger students.

“They were fun to learn from,” Minnie Lou said. “I had an eighth-grade girl who was really good to me, and I really enjoyed her. Her sister was in first grade with me and we were best friends. She taught me, and she knew so much. I was totally impressed by her. She explained it, and I could understand it.”

“It just held such adventures,” she said. Her second favorite subject was art.

Her least favorite activity was playing red rover on the playground.

“Playtime could be a little dangerous,” Minnie Lou said. “They’d come crashing through and knock you down. Nowadays, I hope they don’t play that game.”

Minnie Lou recalled moving to Centerville, Kan., for several years, before returning to Farlinville in the seventh grade. A new young teacher there was filled with ideas about how to engage students to learn.

“She was a breath of fresh air,” Minnie Lou said. “One of the things she let us do was build something out of balsa wood. I built a model of the high school. I got to go over and take measurements so I could build it to scale, and I got to see the high school during school hours.”

Eventually, she attended Mound City High School, a place that furthered her sense of adventure.

“We had a home economics teacher who was just out of college, and she was fun for all of us girls,” Minnie Lou said. “One of the things she had us do was a journal of a trip we’d like to take. We had to write down how we’d pack, the things we’d like to take and see, as well as the cost. That started an adventure to travel, and after I got out of school, I did travel a lot.”

After graduating in 1960 and living abroad for a time, she returned to school at Pittsburg State University. She graduated with a degree in business administration and built a career working on business computer networks.

“Computers were just starting out then,” she said. “I saw a lot of changes in computers. About every five years we saw something different.”

While Minnie Lou’s school days are behind her, she has somewhat taken on the role of teacher for her great nieces and nephews, as they navigate a school year that includes remote learning over computer networks.

“Nowadays they do the Zoom classes,” Minnie Lou said. “One boy gets through his work and wants something else to do. He calls me and we Zoom or FaceTime and he reads to me for his school lessons. I’m going to help until they go back to school full time. They learn so differently now. I don’t think they’d go back to the way we learned things.”

Posted on
September 22, 2020
by
filled under
Residents
« Back to Blog