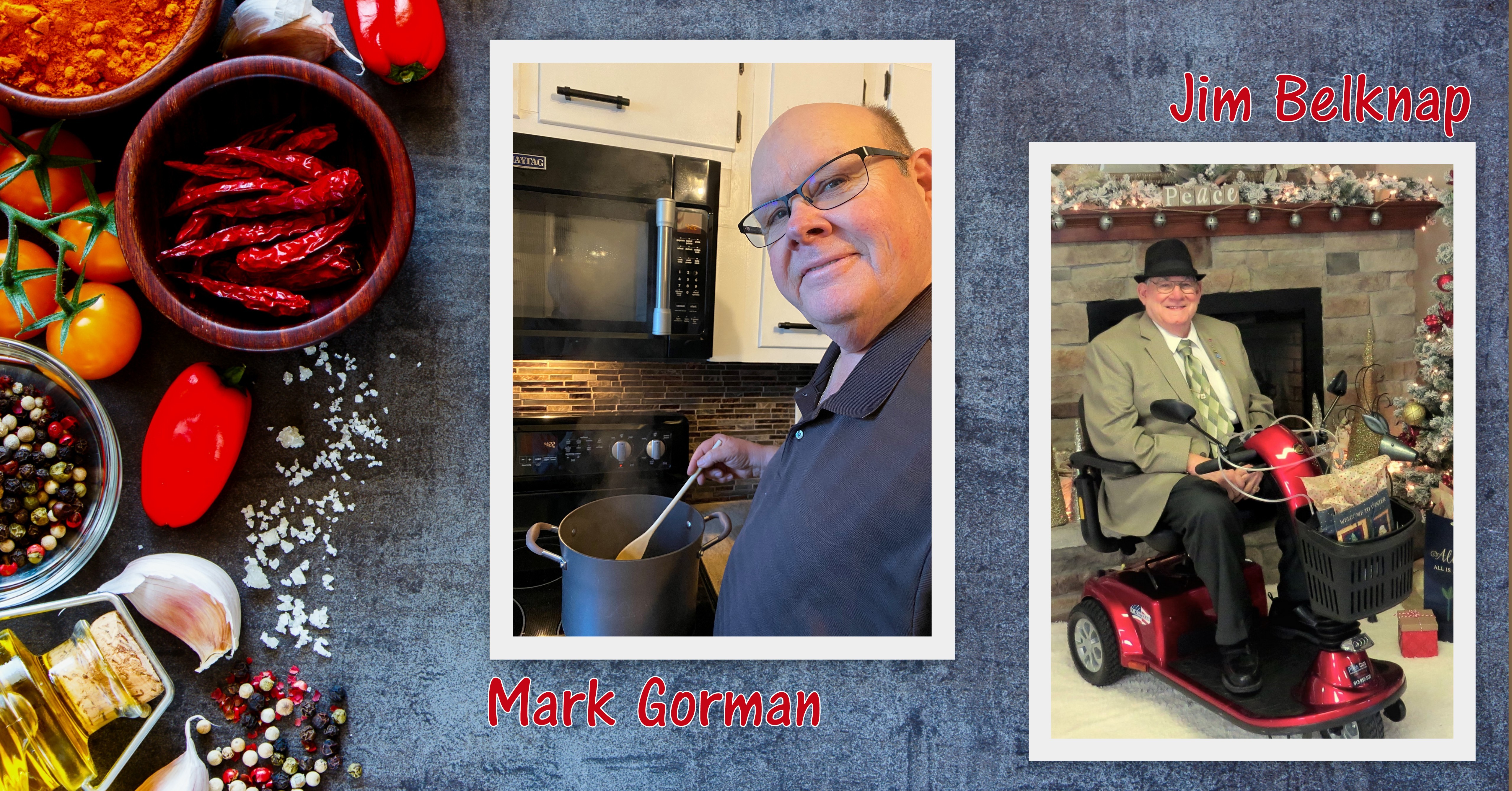 Village residents and staff were given scorecards to rate each chili on a scale of 1 to 10 based on color, smell and flavor. Mark Gorman, son-in-law to residents Gerald and Billie Cox, came in first in the smell and flavor categories and tied with resident Jim Belknap for first in color. Mark’s chili won overall with a total of 428 points. Jim Belknap was not far behind; he finished in second place with 414 points.

Mark’s recipe comes from a traditional recipe he started with years ago, which he has tweaked to his liking by kicking it up with Rotel tomatoes and other spices. He learned tweak recipes from his wife Marla and her amazing cooking and baking.

Jim’s recipe comes from one he cooked up back in the 1950s as a meat cutter in a grocery store. He did have to scale it down a bit, as his recipe came from one he used to make 40 pounds at a time for the grocery store customers. A big thank you goes out to Mark, Jim and the other competitors in this cook-off!

Posted on
December 23, 2020
by
filled under
Residents
Community Involvement
Events
« Back to Blog