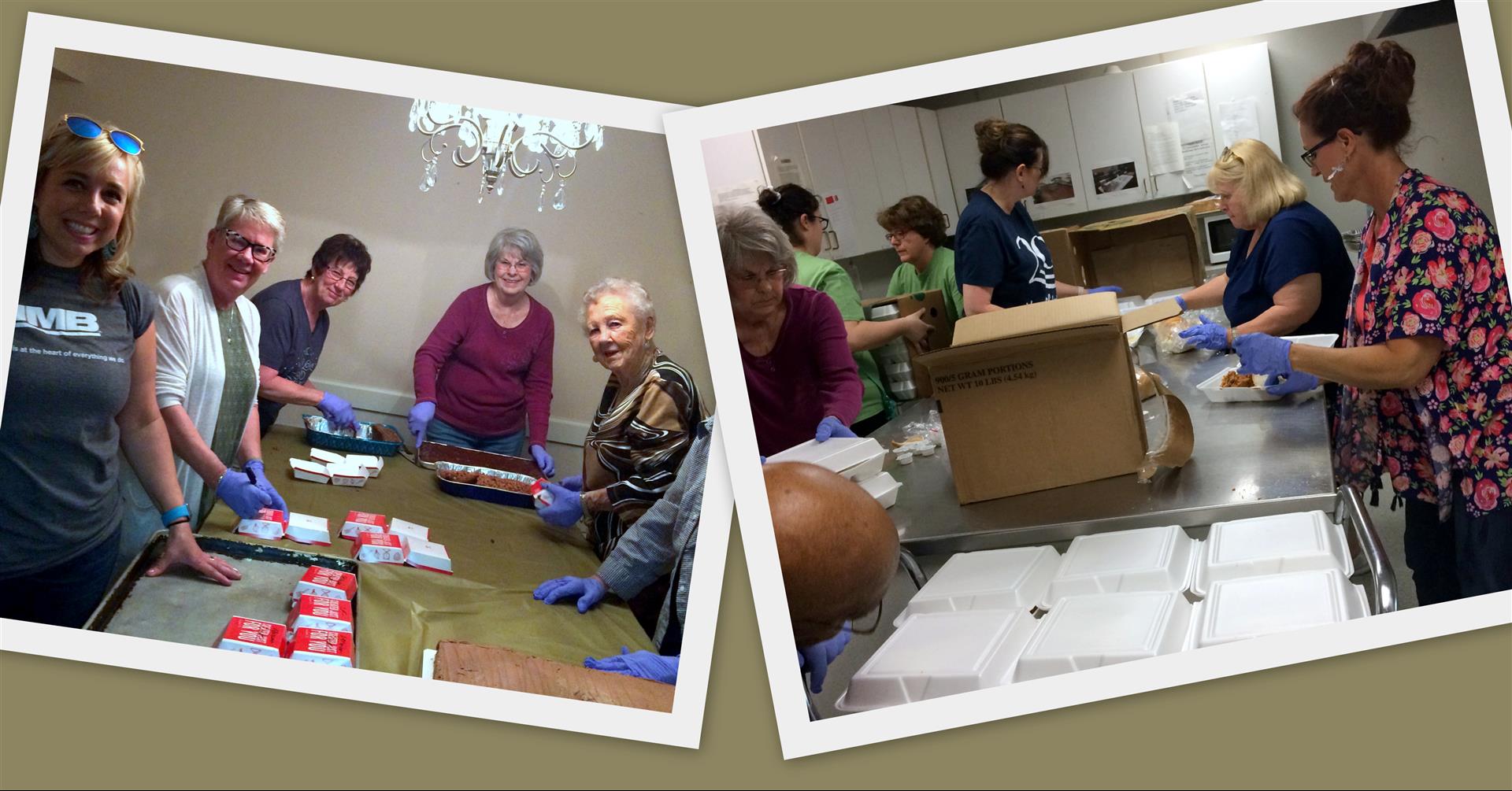 Standing in the gap

A well-known Bible verse talks about “standing in the gap,” referring to offering prayer and support for others who are unable to do it for themselves.

Ginger said some residents outlive their resources and are left wondering how they are going to afford to continue supporting themselves.

“It’s through no fault of their own,” she said. “They did everything right. They saved to live to 90. They never dreamed they’d live 10 or more years longer. This fund helps to meet that gap.”

Fort Scott turns no one away and instead raises money to continue providing care to all residents, no matter their financial situation.

A night to remember

Presbyterian Village collects financial donations throughout the year for the Good Samaritan program and also collects material items to auction off during the annual fundraiser each May, which includes a chicken dinner along with the auction.

“We’re hopeful money will continue to come in,” Ginger said.

But no matter, the fundraiser was a massive success, with staff and community volunteers coming together to help make a difference in others’ lives. Fort Scott Presbyterian Village was blessed with a beautiful, rain-free evening for the event, which included distributing 565 meals from Chicken Mary’s along with that many pieces of cake donated by community members.

“The success and the amazing support that was demonstrated from the Fort Scott and surrounding area community at our Good Samaritan fundraising event was astounding!” Ginger said.

Auction items included a used car that brought in $2,500 and a trip to Santa Fe, New Mexico, which went to Rillie Creollo of Fort Scott. About 200 volunteers came together to donate more than 300 hours of work.

In a message to all those who participated Ginger said: “Recognition goes to the dozens and dozens of volunteers who donated their time baking, boxing and serving delicious cakes. Also, to the many who helped set up and be ready for the auction, those who sold tickets, who were live on the radio to tell their story and who donated water and pop.

“Thank you also to those who donated the vacation and items for the auction, those who sponsored, and who shared our posts with friends and hung fliers to help with advertising. To all those who boxed dinners, who ran their legs off during the event to get over 565 meals where they needed to be, those who auctioneered and caught bids, who directed the flow of traffic and parking, who purchased tickets and bought items at the auction, and the list goes on and on … without you the success to help our seniors in need would not be possible!”

Jackie Warren, a member of the Fort Scott Presbyterian Village Mission Committee, was one of the volunteers who helped collect more than 50 cakes and cut them into 565 slices for meals.

“I’ve done this several years,” Jackie said. “It’s my part of the Good Samaritan auction. I think it’s a wonderful event because it enables people to continue living there. All of the money goes to the Fort Scott Presbyterian residents.”

Jackie said she supports Fort Scott Presbyterian Village because it’s an organization that provides for its residents and the surrounding community.

“I really think that’s the coolest thing about Presbyterian Village,” she said. “Several of my friends live there and they love the apartments. I belong to several clubs in town who have meetings in the community room. Local pastors take turns providing church services there.”

Ginger says Fort Scott staff will start the work again of collecting auction items for next year’s fundraiser. She says they appreciate the donation of any items, including vehicles or other large items that bring in substantial bids. All donations are tax-deductible.

For now, Ginger is just thankful for all those who made this year’s event a grand success.

“’Thank you’ are not sufficient words to express the deep gratitude felt by the outpouring of love and support that we witnessed at this event at the Fort Scott Presbyterian Village,” Ginger wrote. “Being a part of this community is a blessing that I could only hope others in our world could experience. What an amazing town we live and work in! Thank you to all of you who together worked to multiply small portions into something powerful to help others in need.”