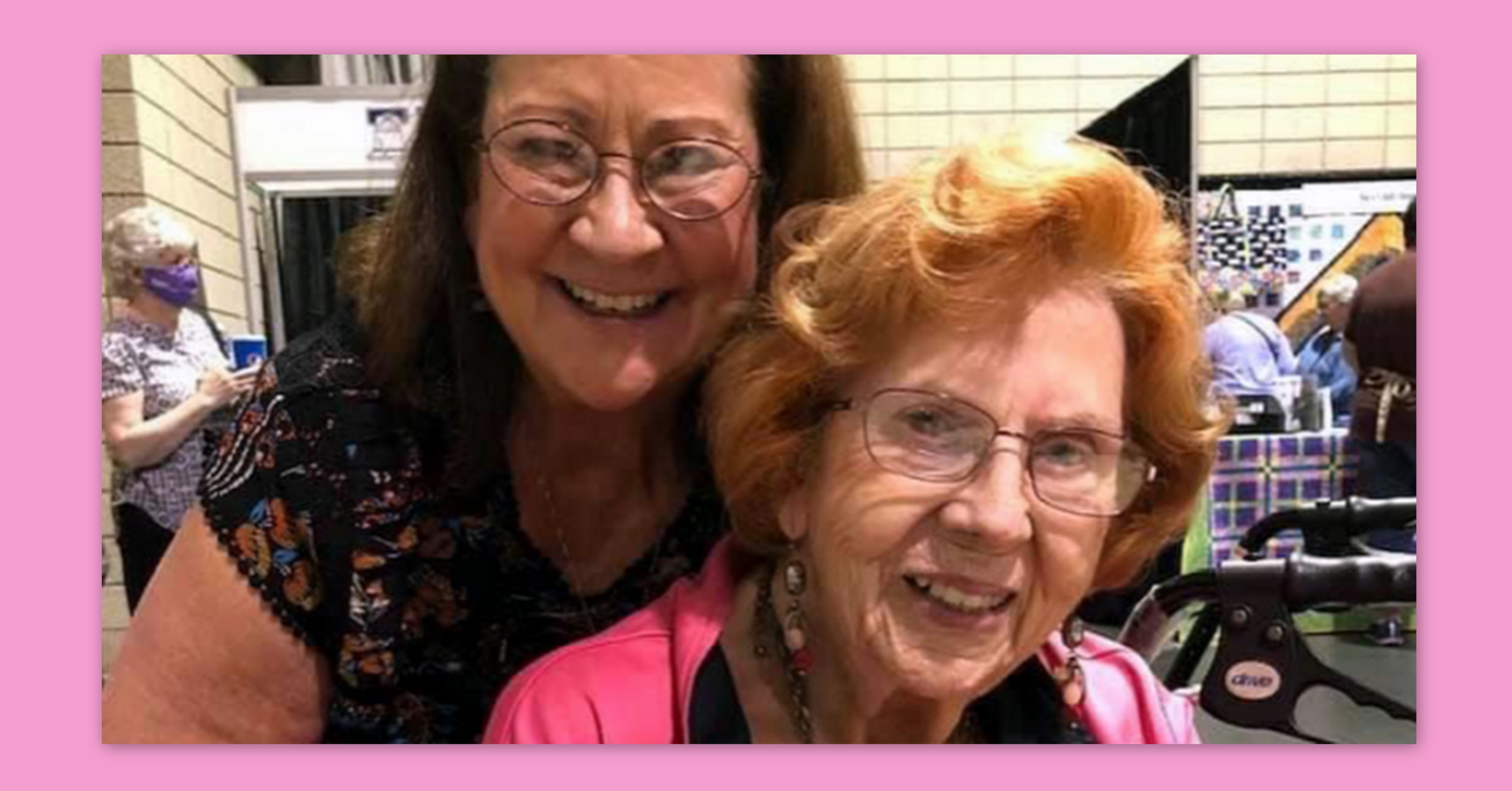 Earline Foster said her son is largely responsible for her winning entry in the annual Art is Ageless® contest.

“I was shopping with my son, and he picked out that pattern for me to make,” Earlene said. “I think he’s planning on having some grandchildren.”

The pattern is called “Chubby Chicks” and includes illustrations of baby chicks with the same sort of faces but with different body styles.

“It was easy to put together,” Earlene said. “I’m going to make another one. Things like that happen when you have a pattern that’s appealing to people.”

She first began quilting right before the birth of her first grandchild.

Most of those, she said, she has given to friends and relatives.

Take a few moments to help us congratulate Earlene on her winning entry!

Posted on
July 14, 2021
by
filled under
Art is Ageless
Residents
« Back to Blog